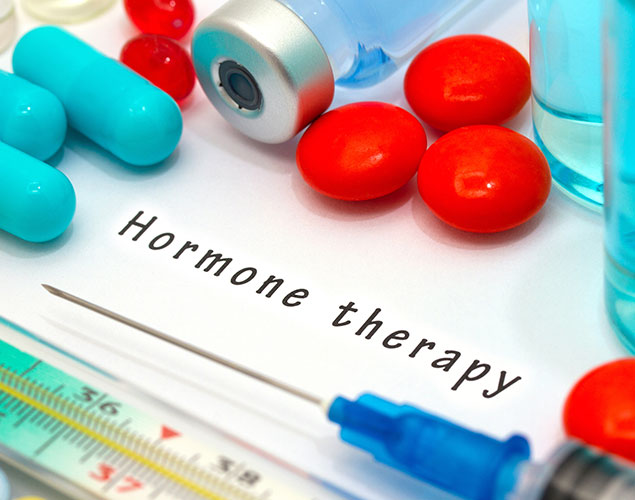 Hormones are chemical messengers in the body used to transfer information from one set of cells to another set, affecting the function of the last receiver for the good of the organism as a whole.

Their main functions are:

Measuring and treating hormone levels is very important due to the large number of illnesses, disorders, conditions or clinical states which are associated to an under-production or imbalance in the levels of circulating hormones.   Menopause, for instance, even though is a naturally occurring process and not a disease or abnormality, when left untested and untreated can lead to many other biochemical imbalances or diseases in the body.  As seen in Menopause, ovarian function decreases and, in effect, the loss of estrogen/estradiol/estriol is accompanied by symptoms such as hot flashes, and bone density loss—ultimately leading to Osteoporosis and an increased risk for heart disease.  This is very important in that Heart Disease is the number one killer of women in America today, and lack of the proper estrogen levels/ratios in the body greatly increases that risk.

Another mistake commonly made in mainstream medicine is the lack of functional hormone testing and regulation.  An example is the most successful estrogen replacement therapy will usually include and require other hormones such as progesterone, yet many women are put on only estrogen replacement during menopause or after a complete hysterectomy.   Rarely will a person present with a straightforward state of deficiency in a single hormone, especially estrogen.  In fact, estrogen intervention without progesterone therapy can result in decreased insulin sensitivity with a potential of insulin resistance and increased triglycerides.  And yet another area in which the combination of estrogen and progesterone will have the strongest beneficial effects is in the prevention of bone loss or Osteoporosis.  Without the combination in hormone support there is a great concern about abnormal bone mineral density and the possibility of bone loss.

We need to consider the impact of the continued usage of non-bio-identical forms of hormone replacement.   As with bone loss and Osteoporosis, mainstream medicine has opted to prescribe medication such as Fosomax.  Reported by Dr. Rain and Gary Klepper, Fosamax is chemically inert and will change the deposition of calcium into the bone in a similar fashion to fluoride.  Fosomax most closely resembles detergent, basically like swallowing a tablet of Cascade.  Studies have shown that patients on Fosamax have greater brittleness of the bone, and after 5 years show an increased level of fractures compared to the untreated group.  Fosamax is best used temporarily to “buy time” while the patient begins a regimen of exercise, and supplemental hormones and nutrients.  Other impacts of the continued usage of synthetic hormone therapies are women from teenage years through post-menopause that are being exposed to increased risk for a variety of cancers, heart disease and a myriad of chronic disorders simply because of birth control choices, and treatment for reproductive disorders and infertility.  The lack of factual information has continued the overall confusion that has created an amazingly high level of dysfunction for women affecting most every part of their health and life.

The ultimate goal of bio-identical hormone replacement therapy is to imitate, as close as possible, the hormones that are naturally produced by the human body.  Bio-identical hormone replacement uses molecules which are taken from plant products and are modified so that their structure matches the hormones that are produced in the body.  Synthetic hormones are not easily recognized by the body even though they have the ability to alleviate symptoms of hormone imbalance.

Infinite Wellness utilizes progressive testing methods and support when initiating the use of any bio-identical hormone therapy in a healthcare protocol.  We often find that there are many other supporting pathways linked to the use, or misuse, of hormones that have to be effectively treated simultaneously in order for hormone therapy to be safe and an integral part of any complete treatment.