There are multiple interacting mechanisms of the body that contribute to the development of autoimmunity.  These include abnormalities in selection and regulation of lymphocyte and antigen-presenting cells, genetic factors, infections, and even tissue injuries.  Another large contributor to these triggers is significant stress that causes interference with regulatory mechanisms, and contributes to the development of autoimmunity by multiple mechanisms whether the stress is physical, emotional, or psyche related.

Western Medicine is doing a great job of researching the mechanisms and triggers of autoimmune diseases, yet the treatment plans developed by Western Medicine should be considered a science in its infancy largely limited to the use of anti-inflammatory and immunosuppressive drugs. However, using these drugs for chronic fatigue syndrome treatment does not address the mechanisms of the body that actually contribute to the development of autoimmunity.

Treatment protocols at Infinite Wellness include diet and nutritional changes, removal of foods that cause sensitivities, and through testing, find the required supplementation that your body will need in order to re-establish metabolic pathway recovery, reduce inflammation, support gene repair, restore appropriate immune function and normal tissue polarity, and remove all existing triggers.

Though support given for autoimmune disease is always long-term, reducing symptoms and bringing about stability is established quickly through our treatment protocols because they are solely based upon your individual testing and are needs-specific.  All protocols are safely and effectively used with or without the addition of Western Medications. 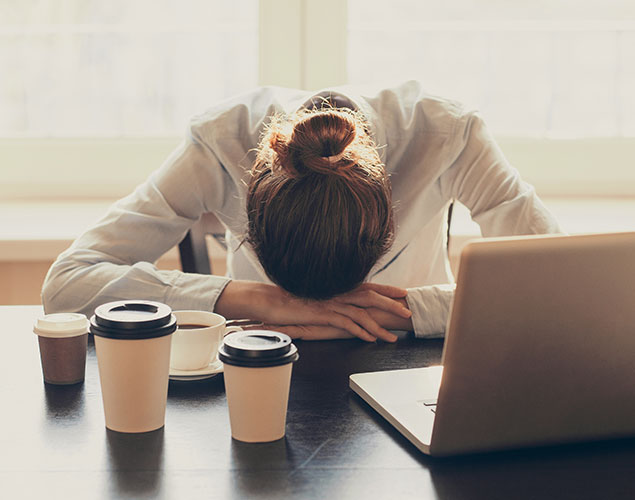 “I was living with Chronic Fatigue Syndrome for 4 years before finding Infinite Wellness through a friend.  I had seen many alternative doctors and been moved around from one Western Doctor to another with no help or change in my condition.  In tears and at the end of my rope, I was very negative and pessimistic when I was first seen by Sabrina.  She was my last hope—I agreed to make the time and money commitment to my life.  Four months after first seeing her I began to see the light at the end of the tunnel—my life was returning.  Now, 16 months later I have no pain, I am working a full time job again, spending time with my children, going to the gym, sleeping, smiling and living again.  I am so thankful to Sabrina for her help.  I recommend her to all my friends and family and she has become an amazing addition to their life too.  Thank you again Sabrina for all your help and amazing knowledge.”

“I found Infinite Wellness after being diagnosed with Multiple Sclerosis. This diagnosis was a huge shock to me because I had recently been in 2 auto accidents and had MRIs done only in an attempt to figure out why my severe pain wouldn’t go away. I was exhausted, my health was deteriorating and my primary care physician had no solutions for my pain or MS. Sabrina has not only helped me through all the pain no one had answers for, but also through my exhaustion and nutritional short falls. Sabrina’s wealth of knowledge enables her to implement a practical plan for total health that is reasonable and yields detectable results in the short term as well as the benefits of long term health. I highly recommend to anyone that needs help with their health issues to use Infinite Wellness and Sabrina’s abilities to combine acupuncture, nutrition and Chinese medicine to obtain true health.”

“I had been so sick for many years and was diagnosed with Chronic Fatigue Syndrome.  I sought out many doctors nationally to help me get better.  I found no relief.  I even saw more than six different Alternative Healthcare Practitioners with little relief.  I was referred to Sabrina by a friend and within 6 weeks began to feel better.  It took me almost one year before I felt human again—I was able to exercise and do all my daily tasks that I thought I would never be able to do again.  It was a huge commitment and took quite a bit of time, but I am alive and very well today thanks to the knowledge and ability of Sabrina.”

“I spent 6 months going from one doctor to the next. Each had a different diagnosis, more medicine and no answers. As my frustration grew, my health continued to decline. It was as if I had been hit by a fleet of Mack trucks and none of these doctors could see it. From our first conversation, I felt understood. Sabrina, unlike the other doctors, was able to tell me what was going on in my body and could answer all my questions and concerns. Having been in my shoes, Sabrina was able to prepare me for the emotional, mental and physical realities of a long illness. That insight, from someone who has “been here” has made all the difference. Her arsenal of knowledge and use of many schools of medicine which brought her health gives me hope. Six months later I am a changing woman on my way to health. I see the light at the end of the tunnel and it’s close.”

“I have been ill since the spring of 1993. I spent many years going to the doctor, spending countless hours worrying and taking tests. All the tests came back normal. Normal–how can I be normal, dizzy, pain throughout my whole body, anxiety, heart burn that could bring down an elephant. Not to mention the extreme fatigue and migraine headaches, and the inability to sleep. Finally in 1999 I had a diagnosis of fibromyalgia. None of the treatment from traditional doctors gave me relief physically or emotionally.  I began seeing Sabrina Maiden in the summer of 2002 and felt relief from my symptoms that very evening. I was able to sleep more than my usual 2 hours per night. She has given me my life back.  I am no longer worried and selfishly always thinking of my self. Not only do I feel better physically but Sabrina listens.”